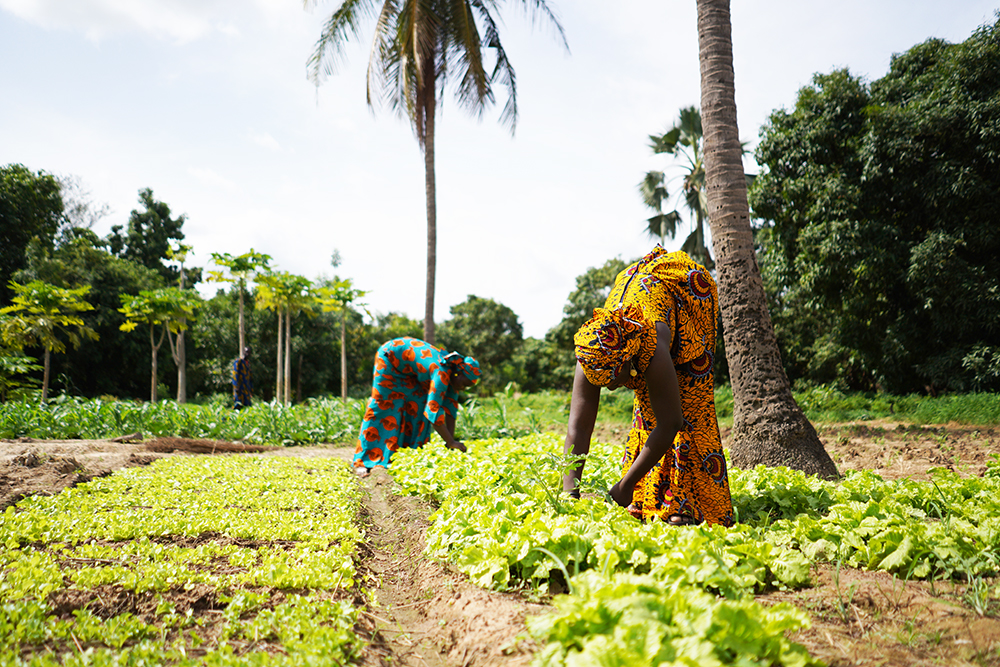 Adapting agriculture to climate change is a key issue for food security in West Africa. Following a second call for proposals launched in June 2020 by Expertise France under the aegis of ECOWAS, in the context of the West African Intra-ACP GCCCA+ Programme,  ten (10) new climate-smart agriculture pilot projects were selected.

Dominated by family farming (the main source of income and subsistence for 70% of the population), West African agriculture is struggling to access resources to invest in sustainable production capacities and in the scaling up of proven technical solutions to address climate change. Already facing structural challenges (progressive saturation of spaces, degradation of soil fertility, etc.), regional agriculture is confronted with the dual phenomenon of climate variability and climate change that affect agricultural performances, supply stability, increasing occurrences of climate risks and income as well as food and nutritional insecurity.

To address these challenges, Expertise France launched a second call for proposals in June 2020, within the framework of the Intra-ACP GCCA+ West Africa project, financed by the European Union and implemented under the political and institutional leadership of Economic Community of West African States (ECOWAS), and in technical partnership with the Permanent Inter-State Committee for Drought Control in the Sahel (CILSS).

The launch took place during a workshop under the leadership of ECOWAS, that brought together technical and financial partners, ministries in charge of agriculture and environment of the countries concerned, as well as other regional initiatives.

The ten projects selected are spread over seven (7) West African countries, namely Cape Verde, Gambia, Ghana, Guinea, Guinea Bissau, Nigeria, Sierra Leone and will be implemented over a period of 20 months with a total budget of 2.3 million euros.

The objective of the selected pilot projects is to finance the implementation and capitalisation of innovative local agricultural solutions with a high potential for replication and/or scaling up in the West African region. They focus in particular on the adaptation to the impacts of climate change (seed selection, climate services, agro-ecological practices, early warning systems) and the mitigation of GHG emissions (carbon storage, solar pumping, renewable energy in processing units, etc.)

It is to be noted that this second call for proposals follows a first call for project proposals launched in 2019 by Expertise France, which led to the selection of four (4) initial pilot projects in Benin, Niger, Mauritania and Chad.