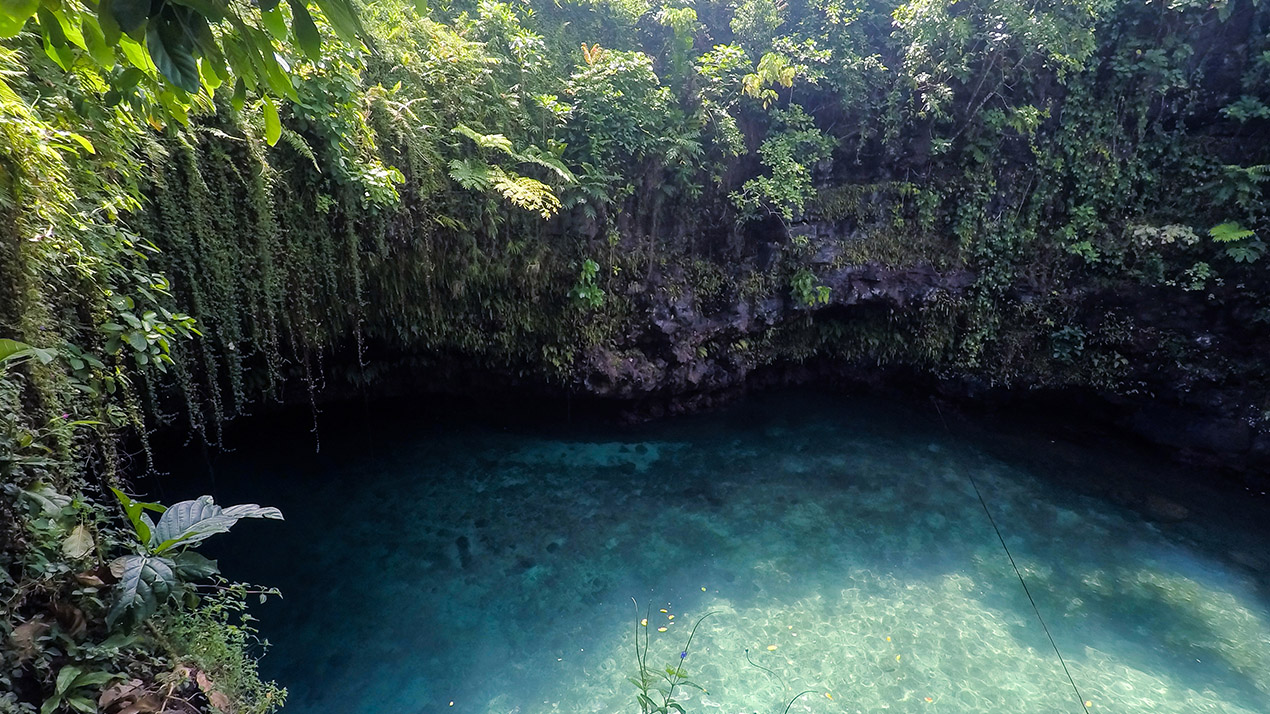 Rainfall is an important source of drinking water in the Pacific nation, but climate change is likely to reduce the amount of rain, even as saline intrusion, rapidly growing urban populations, and pollution all compound the issue.

“Future demand for accessible, affordable and safe drinking water is a critical concern in Samoa,” says a consultant from the Intra-ACP GCCA Programme.

As with other aspects of climate change, Samoa will have to adapt. This can be a costly business, but governments have limited resources, and they need support from donors and the private sector.

One first step to getting the private sector involved is to develop pilot projects that show both the demand for a product and the profit opportunities.

Back in 2014, the Intra-ACP GCAA Programme helped Samoa with this process, developing a pilot project to sell solar-powered water purification, one of six business proposals to involve Samoa’s private sector in climate adaptation.

The project’s solar water purification systems consisted of a single panel that looked like a solar panel measuring 2.2 metres x 1 metre, with a stand. Polluted or contaminated water (including salt water) was fed into the top of the panel, which then used sunlight to distil it. Pure water was collected at the bottom.

A single US$400 panel could supply a household with twenty litres of pure water per day for a minimum of ten years and probably closer to 20 years or more.

“The project addresses the steady reduction in potable ground water, water supply for coastal, rural and isolated communities and a sustainable reduction in the cost or potable water available to urban communities,” the project proposal says.

The project is another example of the way in which Samoa is weening itself off carbon fuels such as diesel to take advantage of its plentiful supplies of sun and wind. Samoa is aiming to generate 100 percent of its electricity from renewable sources.

The consultant also helped find other potential donors for the projects, winning interest from the Carbon War Room, the Clinton Foundation, and the NAMA Facility too.