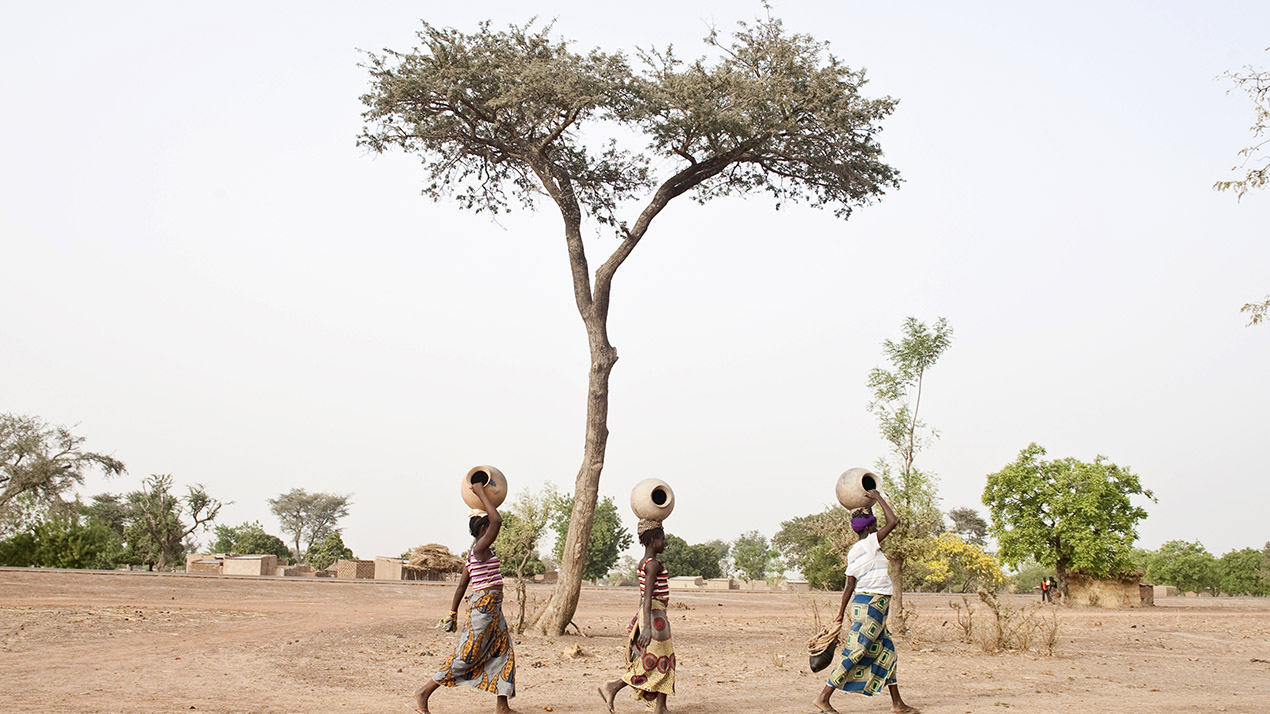 Snaking along the southern edge of the Sahara Desert, the ten countries of the Sahel region are precariously dependent on rain. Survival has always required resilience and ingenuity, but climate change represents a new scale of challenge.

Recent years have seen intense weather changes, including intense and repeated flooding between 1999 and 2016, while recurring droughts have also had an impact.

“The consequences of drought on agropastoral production, food security, and socio-economic life are disastrous, ”says Maguette Kaire, the GCCA+ coordinator in the region.

To adapt to climate change, Sahel countries wanted to develop the expertise that would allow them to incorporate climate change issues into their national plans and budgets. However, the issue was new to the region, which lacked the technical knowledge.

The Intra-ACP GCCA Programme works with the Permanent Interstates Committee for Drought Control in
the Sahel (CILSS), building knowledge and capacity on climate change issues. Based in Burkina Faso, the centre has become region’s centre of excellence on issues relating to climate change.

In April 2013, for example, the Intra-ACP GCCA Programme funded technical experts to help the CILSS produce a course on climate change and to train trainers to share the knowledge more widely.

Some 11 CILSS participants received training in a small town about 100 kilometres west of Burkina Faso’s capital, Ouagadougou. It covered eight modules ranging from the effects of climate change on sustainable development through to prioritising options on adaptation and mitigation, budgeting, and monitoring and evaluation.

The consultant produced a first draft of a training guide and helped CILSS trainers to complete and implement it.

“The CILSS helps the region by training managers on climate change and climate negotiation, also by providing information on climate and sustainable land management,” says Maguette.

By September 2018, CILSS had trained more than 275 government officials from ministries across the region, including from Benin, Burkina Faso, Côte d’Ivoire, Niger, Senegal, Chad, and Togo. Niger had also been supported to integrate climate change issues into its livestock sector.

Climate Change Can Ravage the Water Sector in the Caribbean, says a 5Cs Report