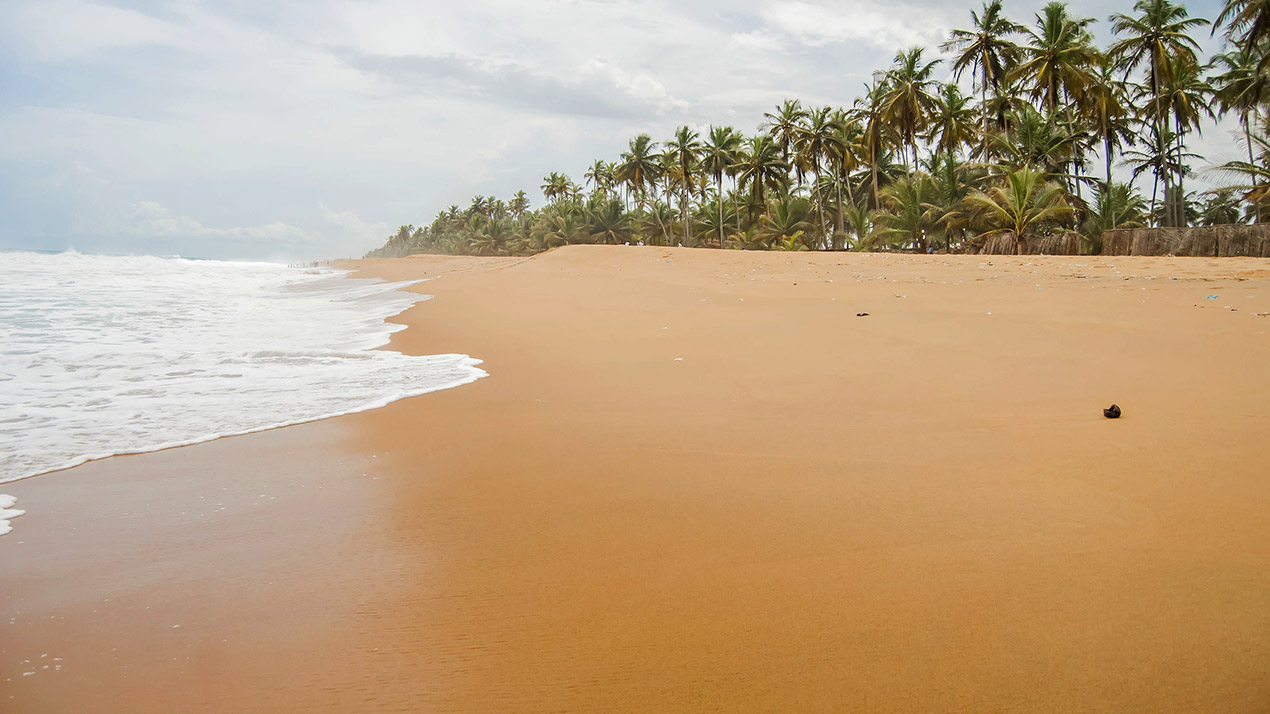 Away from the urban centres, Côte d’Ivoire’s coastline, one of the longest in the region, is a rich mix of forests, lakes, cocoa plantations, rubber, palm oil, pineapple, and palm-lined, sandybeaches, perfect for tourism.

But all this is under threat. Climate change and rising sea levels are exacerbating coastal erosion, which affects two thirds of the coastline. The coastline is retreating about seven metres per year.

“Last week, the ocean took away part of my house while my family was sleeping inside,” a 32-year-old fisherman told journalists.

“When the big waves come, they can easily kill you.”

The consultants travelled along the coast, visiting coastal erosion and fishermen in the region, then organised a workshop in Abidjan.

By sharing knowledge and understanding, the workshop helped build political consensus in the country for action on coastal erosion. In April 2018, the World Bank approved a regional project to boost the resilience of coastal communities in six countries of West Africa.

Climate change is set to affect coastal populations in West Africa, especially the poor, whose already precarious livelihoods depend on the quality and quantity of natural resources. Here are some more facts about the West African coastline.