At the 26th annual conference of the parties to the United Nations Framework Convention on Climate Change (UNFCCC) in Glasgow, Scotland, diplomats from nearly 200 countries adopted the Glasgow Climate Pact. While compromise language was found in some areas that allowed discussions to move forward, it still leaves many developing countries far short of the funds they need to cope with increasingly extreme weather disasters. From the OACPS perspective, the Outcomes of COP 26 are modest, with some encouraging signs, rather than concrete outcomes on mitigation, adaptation, and loss and damage, as the OACPS had called for. 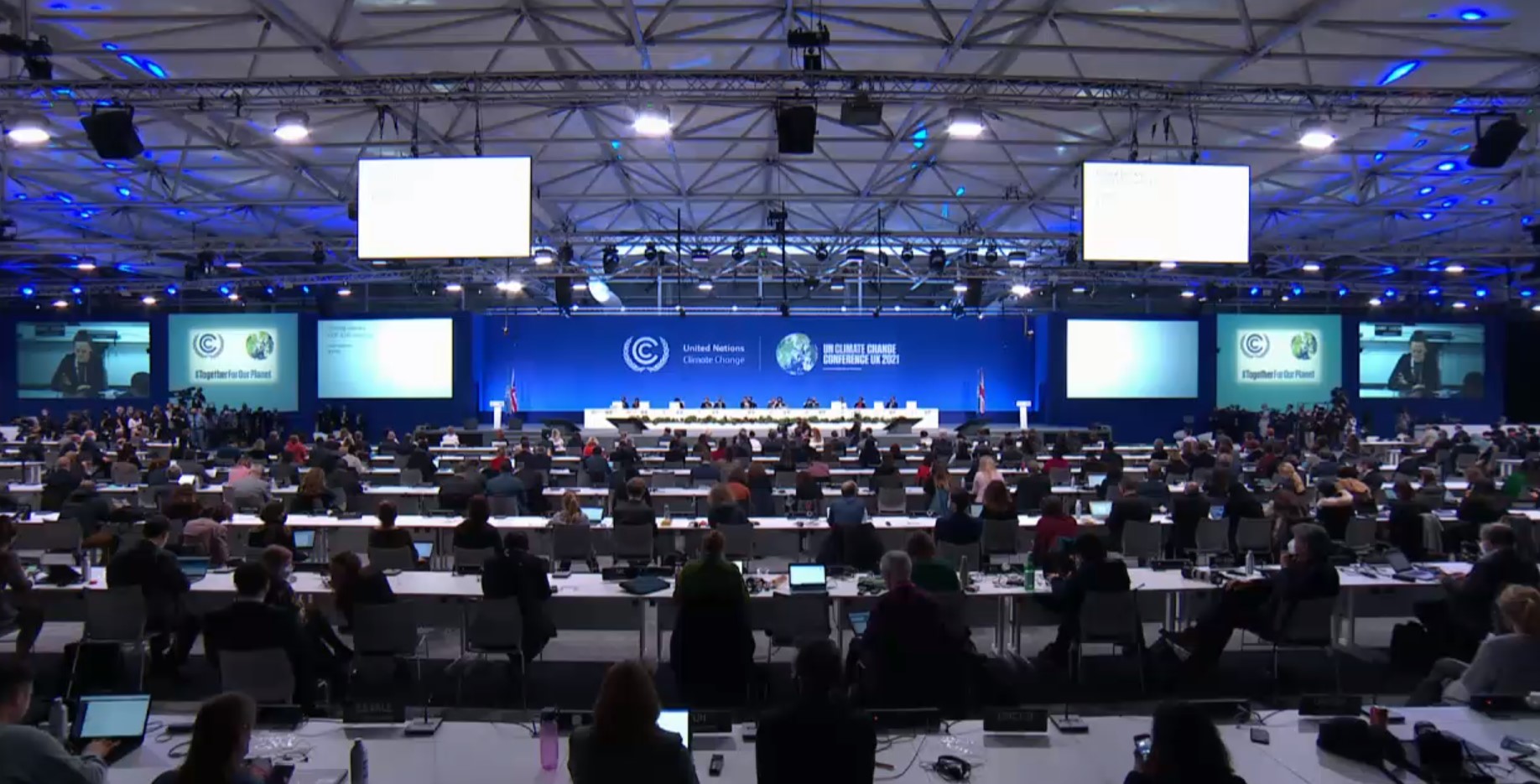 The paragraphs below provide an overview of the key outcomes of COP26 and the Glasgow Climate Pact on issues of concern for the OACPS.

Current national plans on cutting emissions by 2030, in nationally determined contributions (NDCs), are inadequate to limit temperature rises to 1.5C. The 2015 Paris agreement requires a review of NDCs every five years and in 2025 are scheduled to discuss NDCs for beyond 2030. Given that current NDCs would take the world well beyond 1.5C, expectations were that COP 26 draws up a roadmap for swifter revisions.

However, that was pushed down the line to COP27 to be held in Egypt (Sharm El-Sheikh, Egypt, Nov. 7 and Nov. 18, 2022), and for the one following COP in 2023. It should be noted that annual high-level ministerial meetings is expected to be held on pre-2030 ambition, to accelerate the strengthening of mitigation commitments.

On a positive note, fossil fuels (coal) were mentioned – for the first time – in the Climate Pact, however the language, controversial in the last few miles, came out a little weaker than expected – mentioning a “phase down”, as opposed to a “phase-out”.

In 2009 developed countries agreed to a commitment to give to developing countries at least $100bn a year from 2020, from public and private sources, to help them cut emissions and cope with the increasing impacts of the climate crisis.

At COP26 developing countries called for this promise to be met and for more, predictable and accessible finance, specifically for adaptation, which amounts to only a quarter of total climate finance. Developing countries need money to adapt to the impact of extreme weather but continue to struggle to access climate funding.

In the end, the text agreed to double the proportion of climate finance going to adaptation, which would amount to at least $40 billion, but no particular emphasis nor urgency on adaptation. The pact urges developed nations to “fully deliver” on this pledge through to 2025 – notably, it emphasises the important of transparency in implementation of the pledges. It should also be noted that parties agreed to launch the two-year “Glasgow-Sharm el Sheikh Work Programme” (GlaSS) on the global goal of adaptation.

Developing countries have long asked for compensation from developed nations for “loss and damage” already caused by the climate crisis. The Glasgow Climate Pact acknowledges these issues but does not offer any clear path forward in addressing the issue.

Expectations were that COP 26 would agree on some form of funding mechanism for loss and damage. That has not happened, and the issue will return at COP27.

It is worth noting, however, that parties agreed to operationalise and fund the Santiago Network on Loss and Damage, established at COP25 in Madrid, and to catalyse the technical assistance that developing countries need to address loss and damage in a robust and effective manner.

Other relevant decisions from COP26

After five years of negotiations, the world’s governments settled on the rules for the global carbon market under the Paris Agreement’s Article 6. COP26 negotiators agreed to avoid double-counting, in which more than one country could claim the same emissions reductions as counting toward their own climate commitments. Countries also decided that 5% of proceeds must go toward funding adaptation under traditional market mechanisms (Article 6.4), though under bilateral trading of credits between countries (Article 6.2) contributing funds toward adaptation was only “strongly encouraged,” which may reduce this potentially secure source of finance for adaptation.

Unfortunately, countries decided they would allow the carry-over of old carbon credits generated since 2013 under the clean development mechanism of the Kyoto Protocol to help meet climate commitments of the Paris Agreement. At COP27, it is crucial that negotiators put stringent guidelines in place to ensure any of these older credits that are allowed to be used represent real emissions reductions, not just “hot air.”

Transparency Framework for Action and Support

All countries agreed to submit information about their emissions and financial, technological, and capacity-building support using a common and standardized set of formats and tables. COP26 also decided for some flexibility in the common reporting tables and common tabular formats for developing countries having capacity constraints. The decision also recognized the need for additional support from other sources, such as the Global Environment Facility, to implement the transparency framework. Parties also recognised the need to continue the support to developing countries to identify capacity-building gaps and find solutions to resolve them.

Yet another rulebook-related issue was establishing common time frames—or standardizing the timeframe for Parties’ future NDCs. Parties decided at COP24 to apply common time frames starting in 2031 but set no deadline for determining them. In Glasgow, Parties were encouraged to set out an NDC with a ten-year end date, every five years starting in 2025.

In a time marked by uncertainty and escalating climate impacts, COP26 did not meet all the expectations for climate ambition and financing for developing countries although it laid the ground for further discussions on key issues. Stronger approaches are needed to hold all actors accountable for the commitments made in Glasgow, and for agreeing on concrete implementation modalities, on how to address the urgent needs of the Members of the OACPS who are amongst the most vulnerable countries to climate change.