Leaders of the Organisation of African, Caribbean and Pacific States (OACPS) call for unity, political leadership and commitment to raise ambition and climate action at COP26 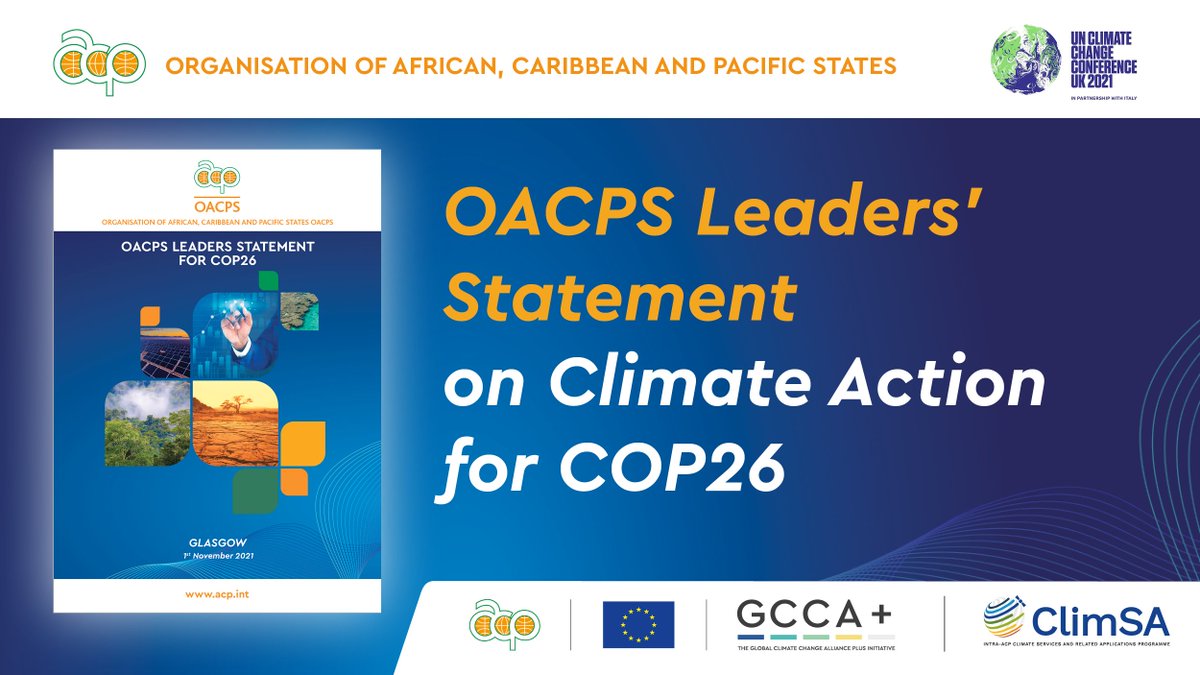 In the margins of the Twenty-Sixth session of the Conference of the Parties to the United Nations Framework Convention on Climate Change (UNFCCC), the Organisation of African, Caribbean and Pacific States (OACPS) released an OACPS Leaders’ Statement on Climate Action for COP26, in Glasgow. OACPS Leaders reiterated that while climate change is an ever-increasing direct threat that spares no country, it is impacting most severely those that are more vulnerable and have less capacities to adapt such as Small Islands Developing States (SIDS), Least Developed Countries (LDCs) and Land-locked Developing Countries (LLDCs).

It is to be noted that most of the 79 Member States of the OACPS, are SIDS, LDCs and LLDCs. Following the meeting, the “OACPS Leaders Statement for COP26” was released, wherein OACPS Leaders inter alia call for COP26 to send a strong political signal and commitment to deliver the following key priorities: