The ACP Secretariat is hosting a special Post-COP24 meeting to assess the outcomes of the Conference of the Parties which took place from the 3rd to the 14th December 2018 in Katowice, Poland and discuss the way forward on implementation. A particular focus will be put on key issues for the ACP Group of States, including specificities for the Small Island Developing States, the Least Developed Countries and the Land-locked Countries.

The objectives consists on building on the ACP Report “Climate Ambitions: An analysis of Nationally Determined Contributions (NDCs) in ACP countries,” and exploring means and ways to support ACP Countries in the updates of their Nationally Determined Contributions (NDCs) expected for 2020, but also of coordinating, in collaboration with regional and other partners, the organisation of an event during the United Nations General Secretary’s Climate Summit and the 74 General Assembly Debate in September 2019 in New York. The meeting has also the objective of identifying other potential international and regional opportunities relevant for the ACP Group of States to collaborate with, ensuring that issues of importance to the Group are brought to the fore and addressed, in the prospective to COP 25 in Chile.

The meeting will be partly guided by two documents: an ACP Assessment Paper on the outcomes of COP 24 and a document with suggestions on a possible role for the ACP Group towards COP 25. 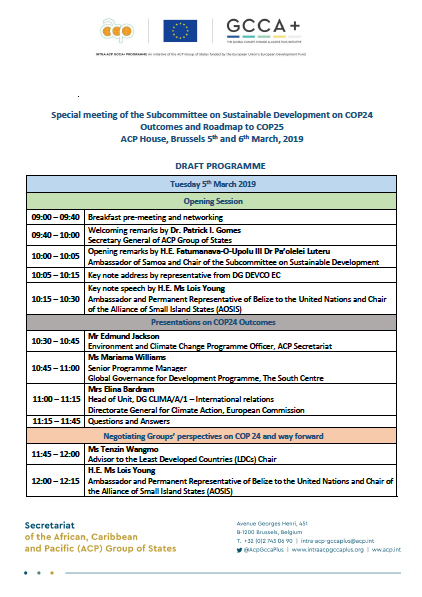 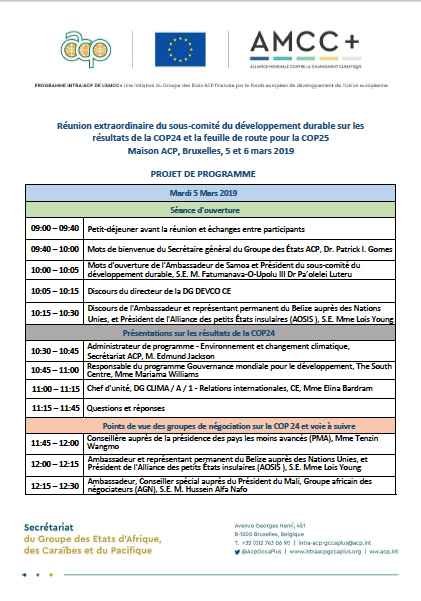 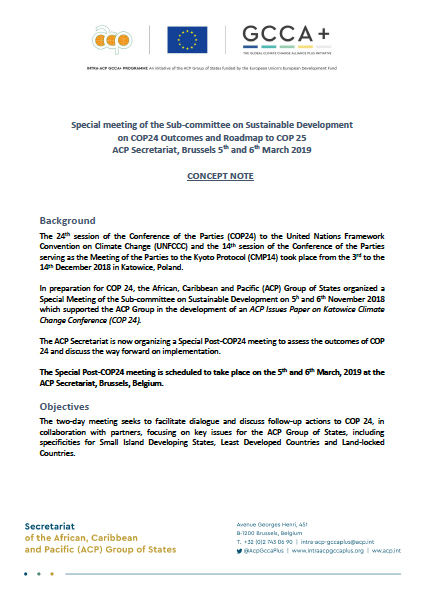 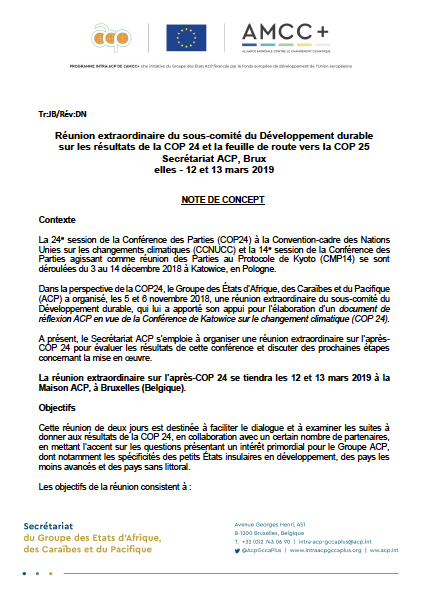 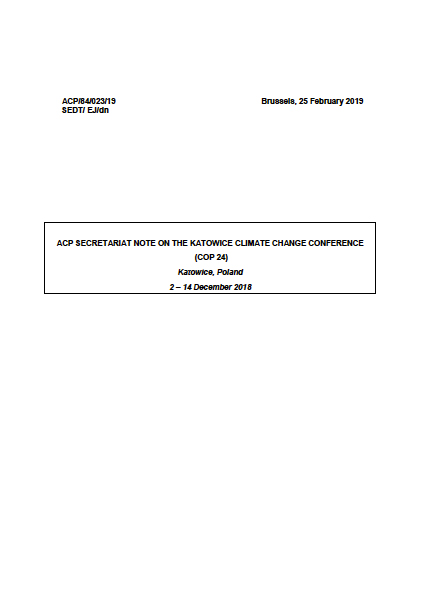 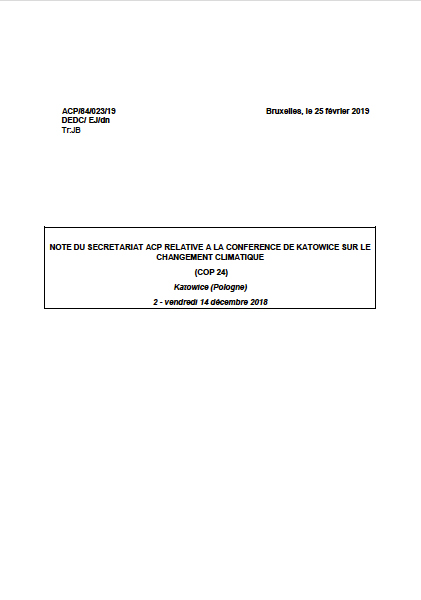 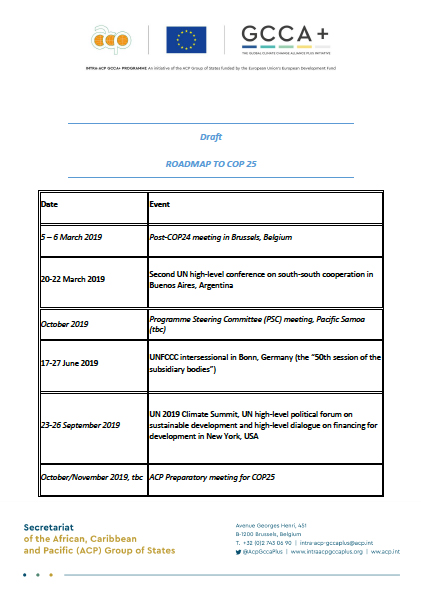 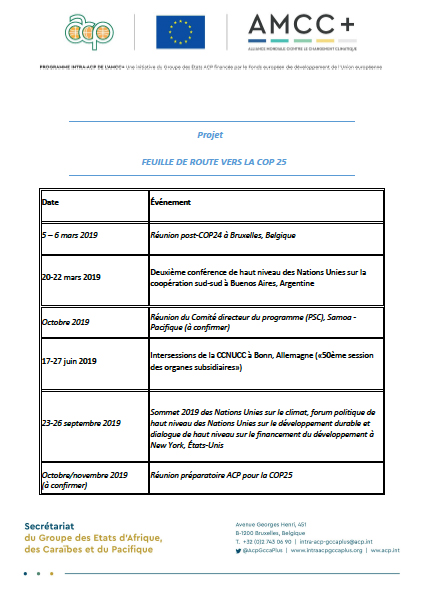 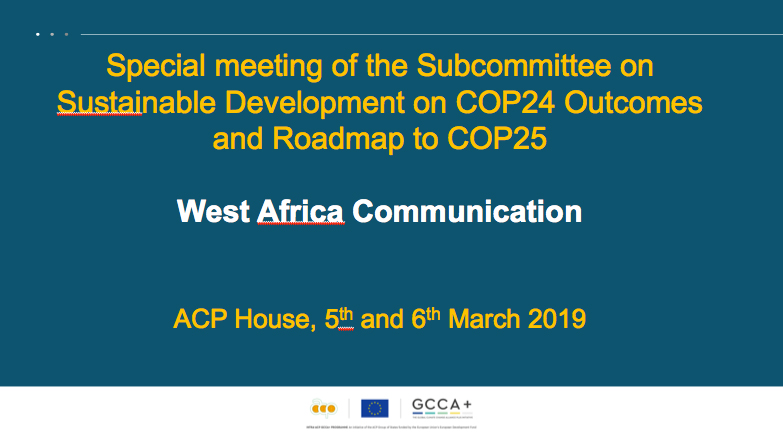 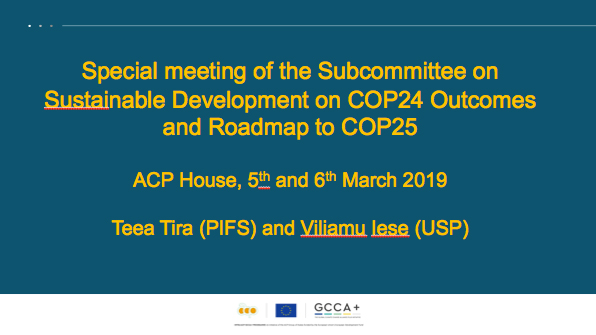 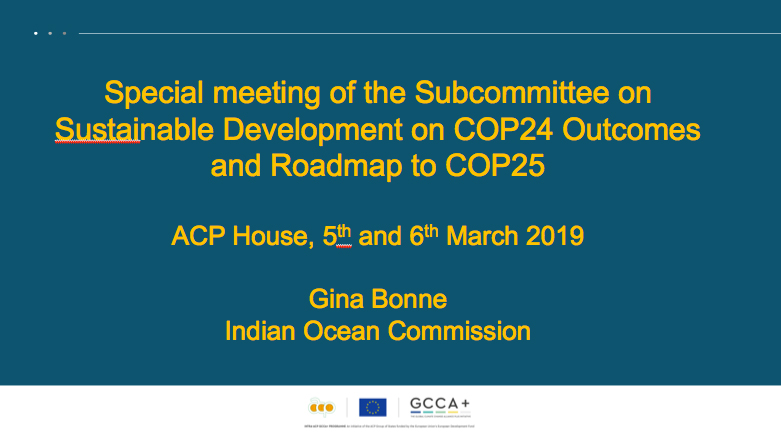 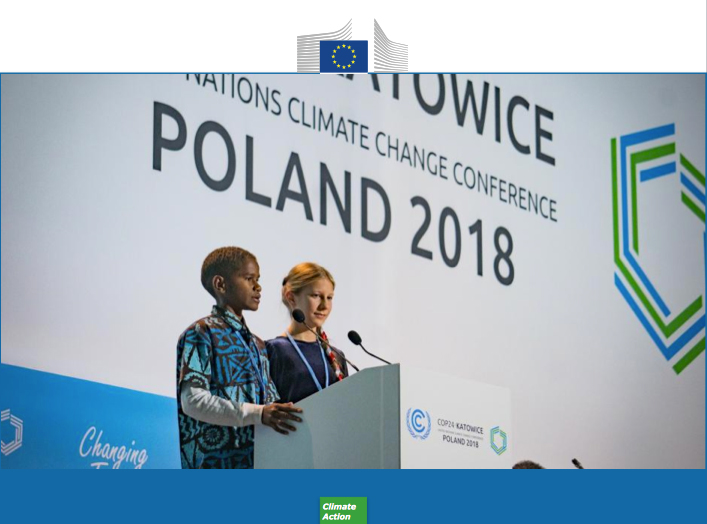 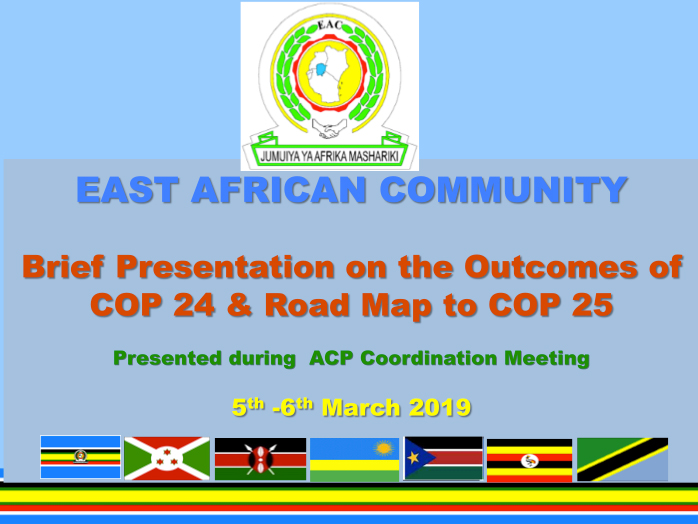 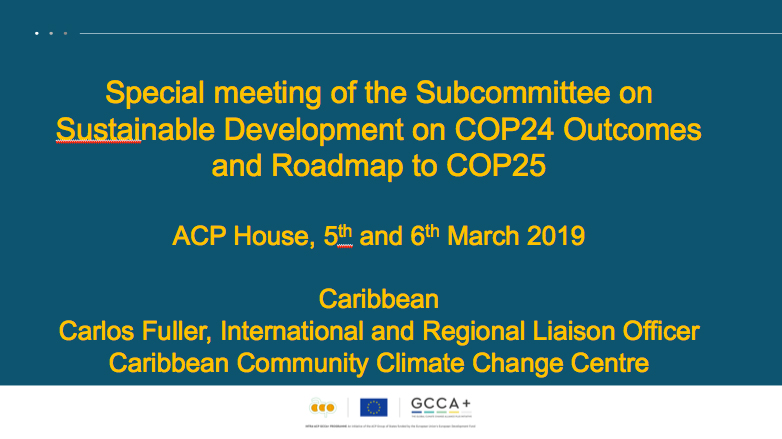 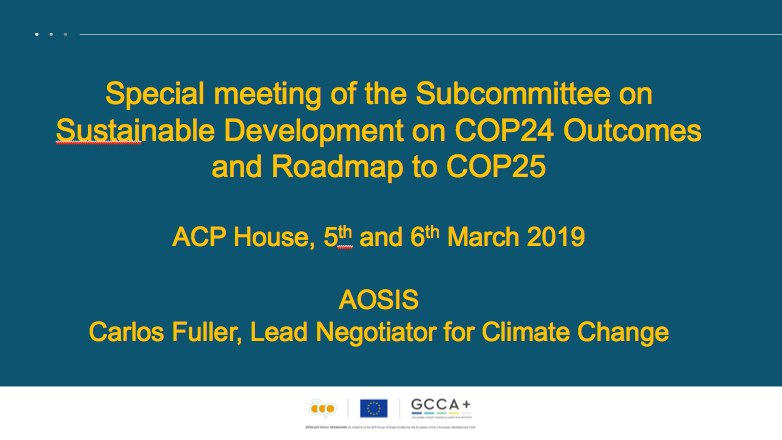 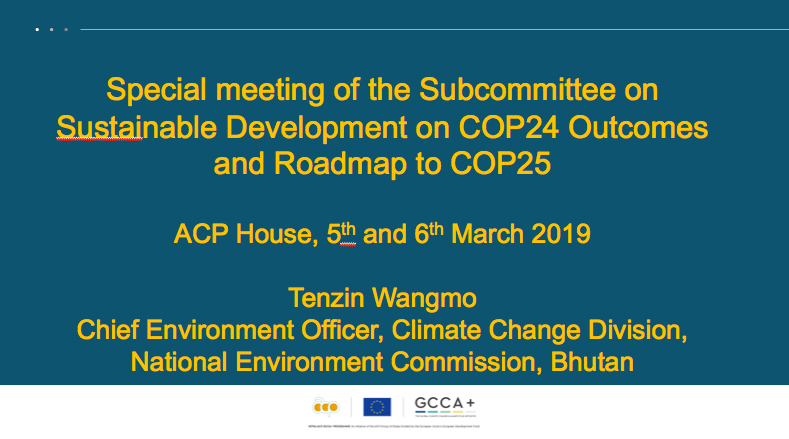 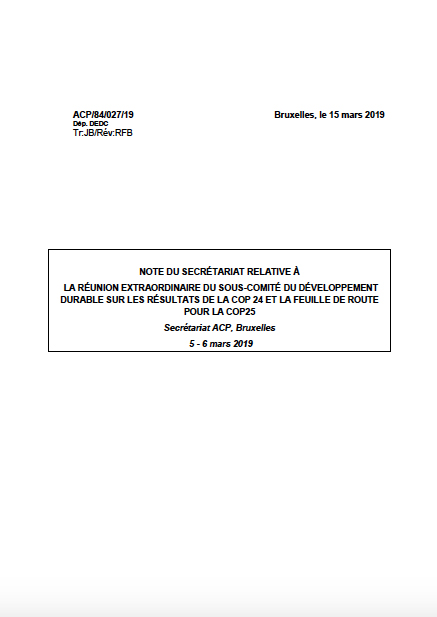 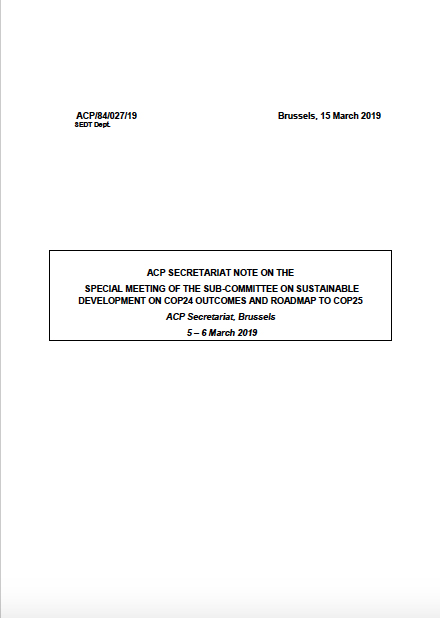 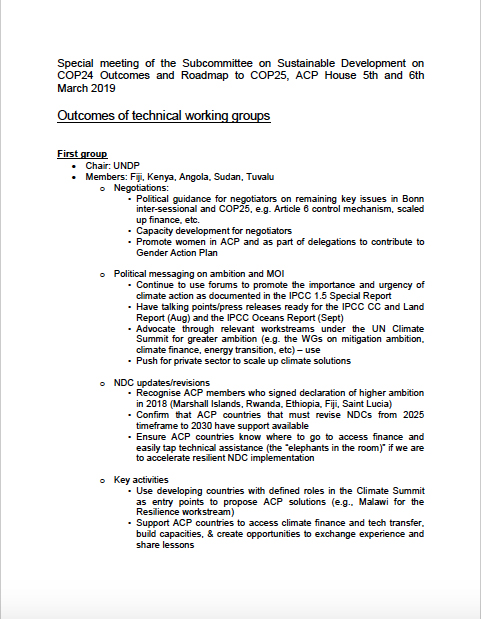