COP25 side event: The IPCC Special Report on the Ocean and Cryosphere in a Changing Climate

The IPCC Special Report on the Ocean and Cryosphere in a Changing Climate (SROCC): Implications and way forward for ACP Small Islands, Coastal and low-lying zones.

The Secretariat of the ACP Group of State in collaboration with the Pacific Community organised this event in the margins of the twenty-fifth session of the Conference of Parties (COP25) to the United Nations Framework Convention on Climate Change (UNFCCC), which took take place from the 2nd to the 13th December in Madrid, Spain.

The side event was to:

MAIN TAKEAWAYS FROM THE EVENT: 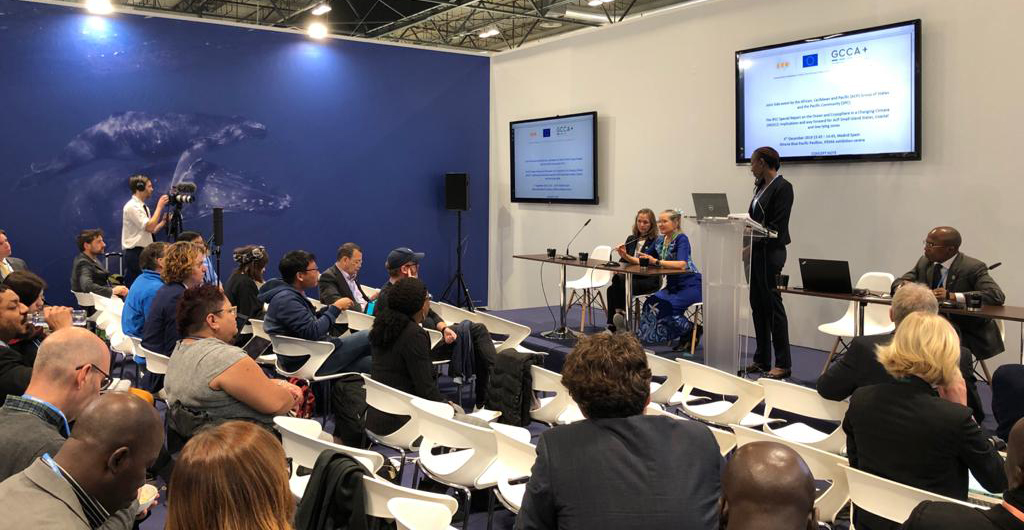 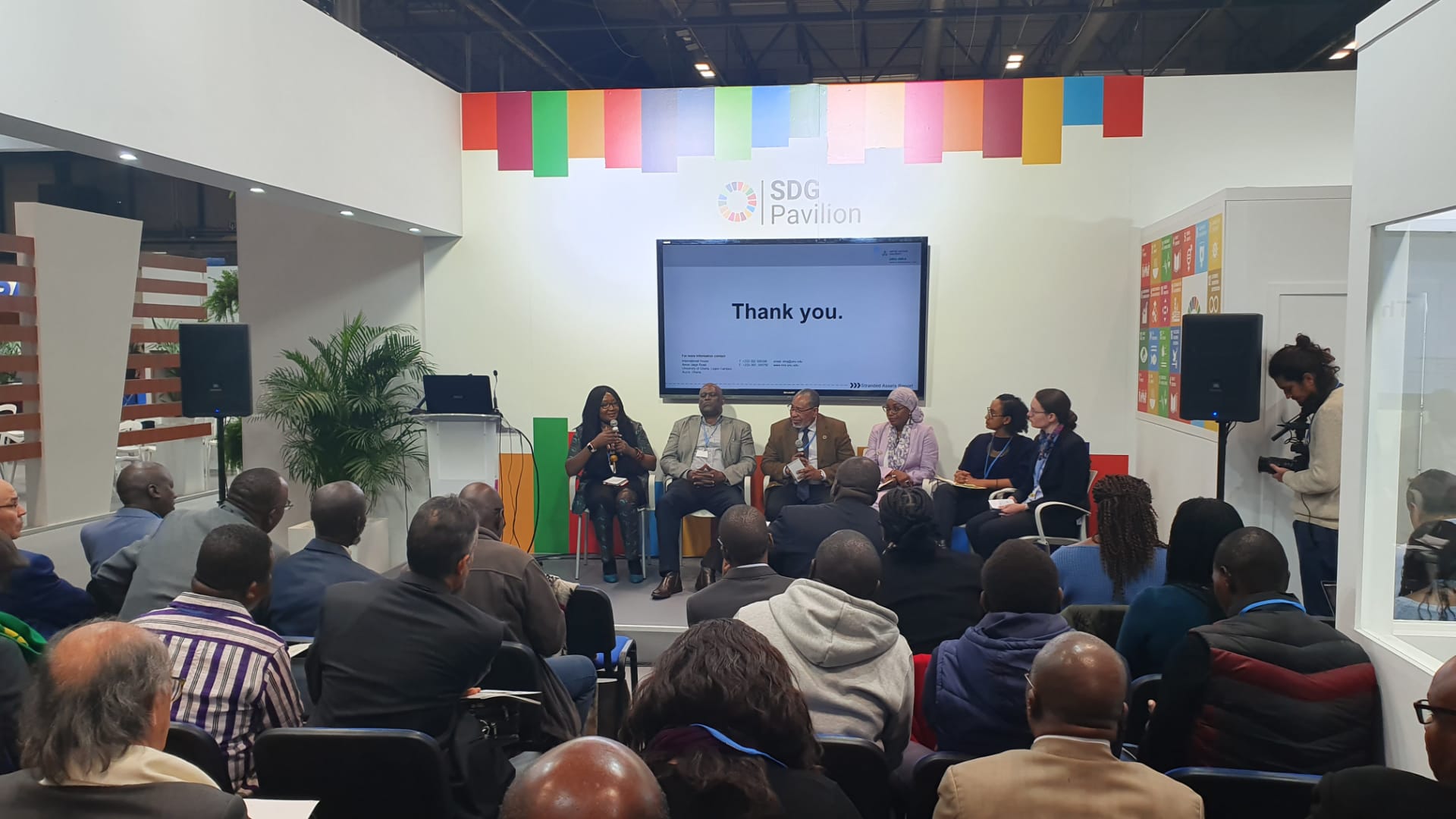 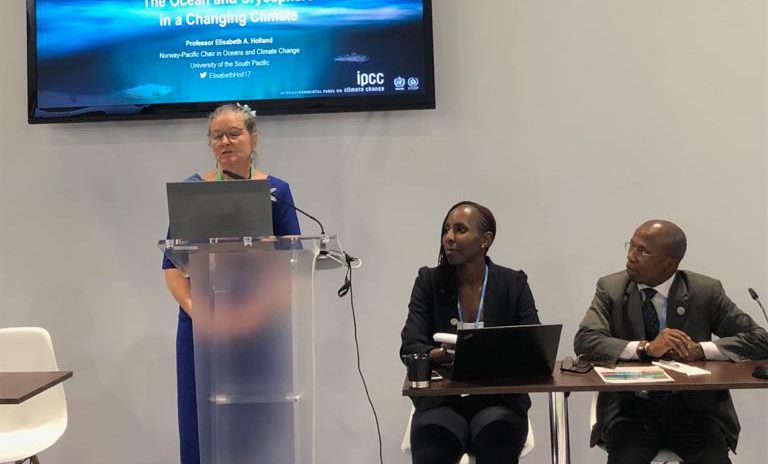 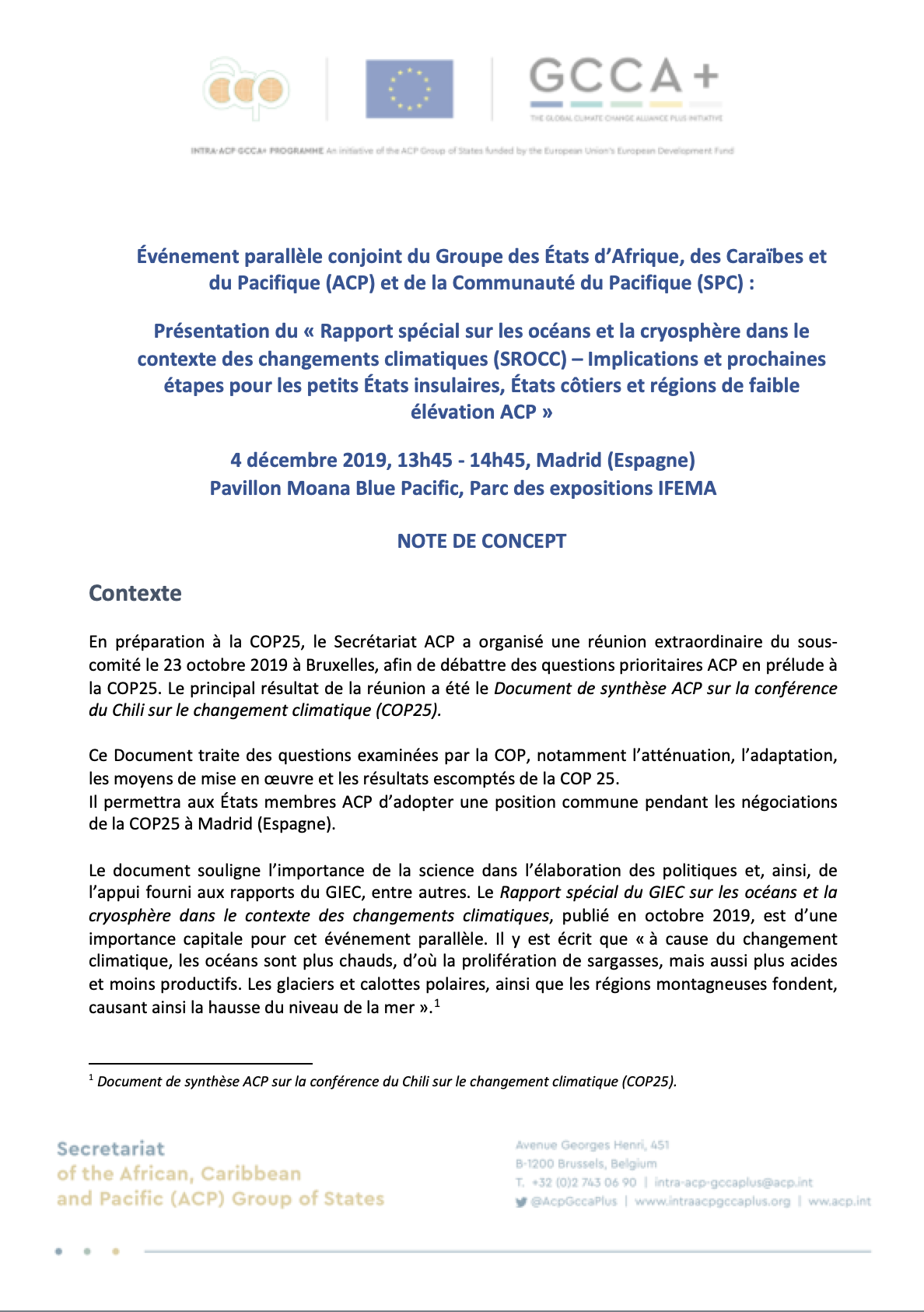 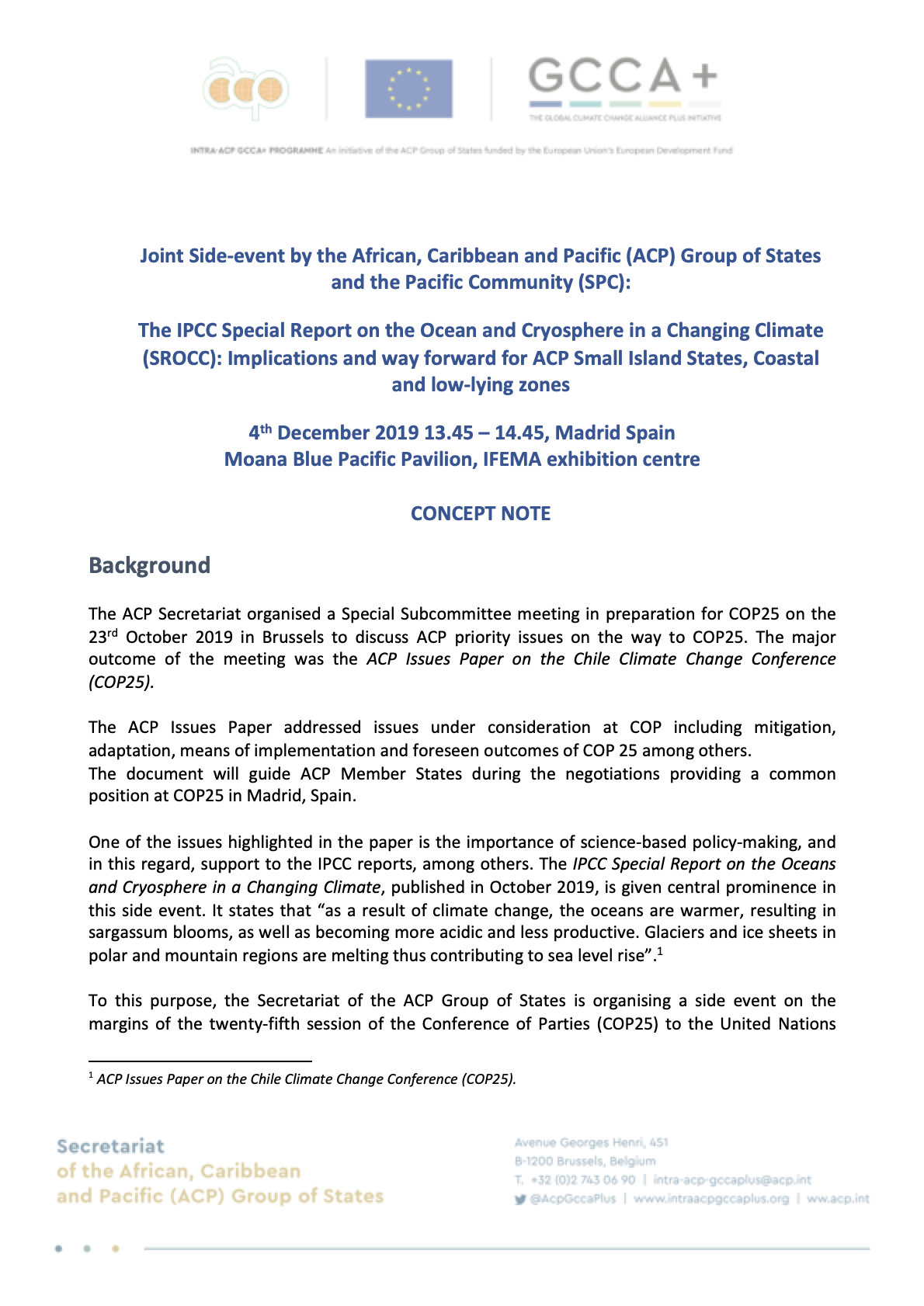