The Organisation of African, Caribbean and Pacific States celebrates its 45th Anniversary

OACPS Day 3.0: The Power of Change”: The Organisation of African, Caribbean and Pacific States celebrates its 45th Anniversary on 6 June 2020

The theme of this year’s celebration is “OACPS 3.0: The Power of Change” referencing the three African, Caribbean and Pacific regions as they become the power of change in the international arena, forging together to become the OACPS through the revised Georgetown Agreement which came into force this year.

This year, due to COVID-19, OACPS Day will be unlike any other as it will be celebrated virtually.

In this regard, our Team at Intra-ACP GCCA+ Programme has prepared this short Congratulations video. 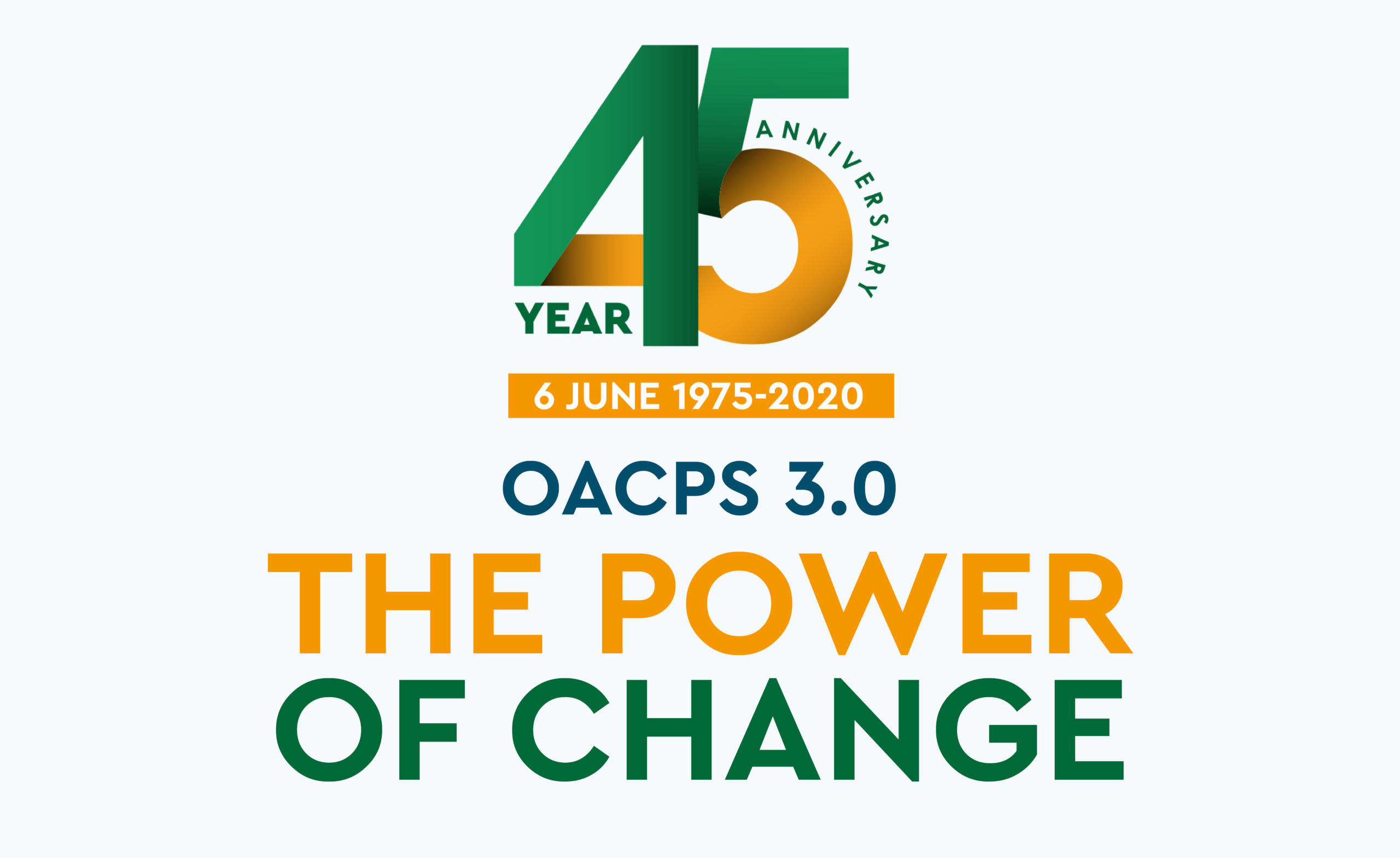